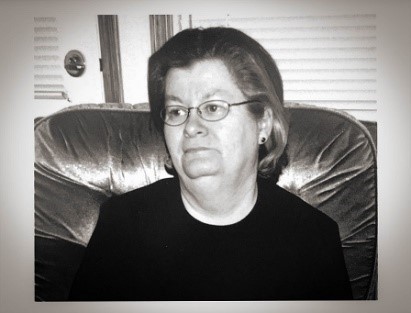 Jonelle passed away on Saturday, February 5th in Calgary, Alberta.  Her family will miss her deeply, but we are relieved that she is at rest after a very difficult period of illness.

Jonelle was born January 8, 1954, to Bruce and Cay Jorundson in Flin Flon, Manitoba.  She spent her childhood and high school years in Flin Flon before moving to Saskatoon to attend University.  It was there that she met the love of her life John.  They were married in August 1975.  Jonelle and John spent much of their life together in Manitoba. first in Winnipeg, where their son Andrew was born, and then on their treasured land in Ninette.  This was a happy time full of work, gardening, community service and enjoying rural life.

Jonelle was a lifelong member of the United Church.  For decades she sang in choirs and participated in ministry through music.  In 2004 she was called to leave her career in accounting and deepen her religious life by becoming a United Church minister.  She held postings in Alberta, BC and Scotland until retiring in 2018.

Many things brought Jonelle joy.  She loved being a mother to Andrew and stepmother and grandmother to John’s children and their kids.  She reveled in a good game of cribbage, a puzzle and drives in the country.  She felt a real connection to all things Scottish.  She and John traveled to the country many times.  They enjoyed Scottish country dancing and her posting as a minister in Ardgour was a highlight.

A celebration of Jonelle’s life will be held in Calgary in August.  Contributions in memory of Jonelle may be made to the General Fund, St. Andrew’s College, 1121 College Drive, Saskatoon, SK, Canada, S7N 0W3